The first few weeks on the farm were chilly. The work was mostly seeding flats of cells or soil blocks then dipping seeded flats into a nutrient solution. When I found spare moments I tried to organize and sort items from the previous season. The remnants of many past student, volunteer or intern projects were left in little piles here and there. The farm manager was accepted to a masters program and was completing work for entering the programs most days. It was hard at first to fill my hours with work. I was supposed to be taking over at some unspecified time but was unsure of what was initiative and what would be upsetting. When the manager was around he showed me how to operate the roll up sides of the greenhouse. A solar panel operates a simple thermostat that is wired to an automated winch. The sides roll up whenever the internal temperature reaches the dial setting temperature.

The second week began with the discovery of a dead man sitting on the tractor. We couldn’t come in to work for a while and had to talk to the police. Over the next weeks we found out that the man died of heart failure while on fentanyl. He had been reported missing by his wife five days earlier. She later came to the farm and asked me where he had been found and what he was doing. I knew so little myself I wasn’t very helpful. Around this time we became aware of a vagrant camp forming on the corner of the farm property. There were tarps hanging from trees and smoke rolled out of the tree line when they would start fires.

Carrots, beets, kale, and cabbage were establishing in movable high tunnels and more cabbage was seeded in flats for more harvests. The tunnels had some beds planted in cold weather crops and others were to be planted in warm weather crops very soon. That made the temperature finicky in the largest high tunnel for a while. 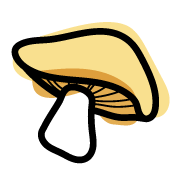